What does Inherent Vice teach us about filmmaking? What inspirations did Paul Thomas Anderson draw from while making Inherent Vice? Does Thomas Pynchon make a cameo in the movie? Watch and find out!

What’s up, people? So, Inherent Vice comes out on the 12th (or came out on the 12th depending on when you watch this). I somehow had the good fortune to see it early. while my brother back in California, an even bigger Paul Thomas Anderson fan than myself and someone who has actually read the book, has had to wait until now to see it.

Writer and director Paul Thomas Anderson drew inspiration from several noteworthy sources from North by Northwest to the music video for “Oblivion” by Canadian artist Grimes. He details his inspiration in an interview on The Close Up—and I’ll stick the link to the interview in the description.

However, the main influence seems to be the 1980s television show Police Squad and it really shows in the screwball comedy style of the movie, which is certainly a departure from the tone of his most recent films.

Inherent Vice is the first film adaptation of a Thomas Pynchon novel. Pynchon approved of the script by Anderson, which recently won the ‘best adapted screenplay’ award by the National Board of Reviews.

According to actor Josh Brolin (who plays Bigfoot in the film), Thomas Pynchon apparently does make a cameo. That said, Pynchon is a long time recluse and it is uncertain if he would be recognized. Pynchon has pulled these sly pranks in the past: appearing on The Simpsons with a bag over his head. I’m sure someone will figure it out after the release though.

Robert Downey Jr. was originally/actually set to play the role of Doc Sportello, but was dropped in favor of Joaquin Phoenix who starred in Paul Thomas Anderson’s last film, The Master. The decision came because, allegedly, Downey was “too old” for the part.

So what can we learn?

1. Take the time to work out the scene. 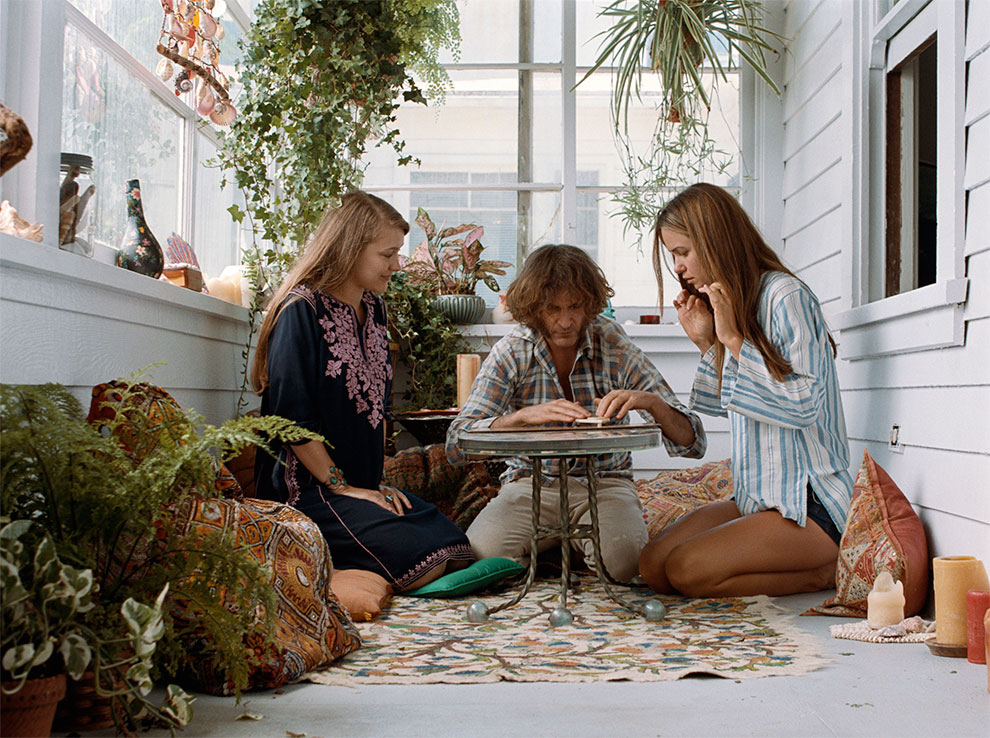 In many interviews, cast members talk about how they would take time to work out every scene with PT Anderson and this would often cause changes to the dialogue, the blocking, the locations, and other things.

Josh Brolin: “I mean sometimes you’re trying to refine something that you know has found a niche that’s good. You know? Or he (PTA) may come up and say, ‘You know what? I like what’s going on here; I’m just not shooting it the right way. So let me change this a little bit. Let’s put the camera over here because I think it’s a more interesting angle.’”

Josh Brolin: “And then there’s times where you just go, you know, do we agree that this is a turd right now? And it’s like, ‘Yes, totally. Well, what do we do? I don’t know. Let’s play with the lines a little bit and let’s, like, maybe stand up. Maybe I’m eating pancakes like the Japanese restaurant.’

You can plan and plan, but the real creativity occurs when the director truly collaborates with the actors. Get as much creative input as you can. Great things can happen when the actors are allowed to explore.

Josh Brolin: “I loved doing that scene with Benny and him. That was fun. That was a lot of fun. There’s a great dynamic that happens once in a while with actors, you know, who bring in these characters. You don’t know what they are going to bring in. And I think that’s one of the first things that we did. And that was… fluid in a Pynchon kind of sense.”

Sauncho: “Given your history of harassment with my client, this’ll never make it to trial.”

Bigfoot: “Really? I think we could probably take this all the way to trial, but with our luck, the jury pool would be ninety-nine percent… hippy.” 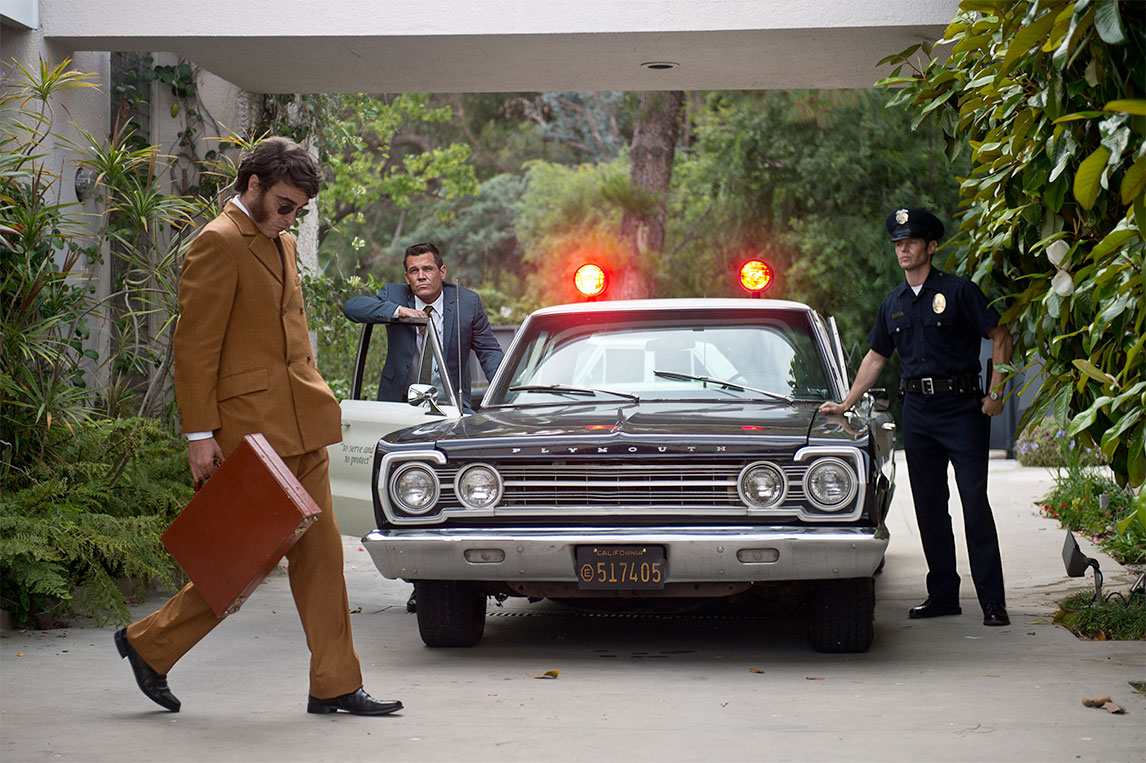 Now, I didn’t read the book, and I found the plot extremely hard to follow. Apparently I’m not alone.

Josh Brolin: “I came down the next morning and I read the script that night—didn’t understand a fricken word I read.”

A connection has often been made between Inherent Vice and Howard Hawks’ 1946 noir film, The Big Sleep. One thing you’ll notice from watching The Big Sleep is that it doesn’t make any sense.

William Faulkner who adapted Raymond Chandler’s novel, actually had to write to Chandler asking him who the killer was and Chandler replied that he didn’t know.

With all that said, the movie is fascinating.

Paul Thomas Anderson: “Yeah, you’re right, I saw The Big Sleep and it made me realize, like, I couldn’t follow any of it… And it didn’t matter, because I just wanted to see what was going to happen next anyway.”

In that same vein. Primer, a 2004 film by Shane Carruth, is one of my favorites. I’ve seen it dozens of times, but there always reaches this point about three quarters of the way through the film where I completely lose track of what is going on with the plot.

Paul Thomas Anderson had this to say:

Paul Thomas Anderson: “I never remember plots of movies. I remember how they make me feel. I remember emotions and I remember visual things that I’ve seen.”

As an audience member, when you lose track of the plot, you either check-out or you focus on other aspects of the movie. I think the trick is this:

In this case, it is treated less like being told a story than watching something unfold naturally. You could say that the whole movie is a series of exposition dumps, but the complexity seems to drown it out. Part of the reason Inherent Vice is hard to follow is that the relationships between characters are long established and there isn’t much setup. We, the audience are just along for the ride—hanging out with these characters and connecting with them.

I’m really excited to see it again. It truly feels like the kind of movie that will get better and better upon each viewing. So go out and see it… twice.