To The Moon and Beyond

To the Moon and Beyond: Graphic Films and the Inception of 2001: A Space Odyssey

A little while back, The Museum of the Moving Image had a small exhibit on some concept art and correspondence of 2001: A Space Odyssey and I took some pictures for you. 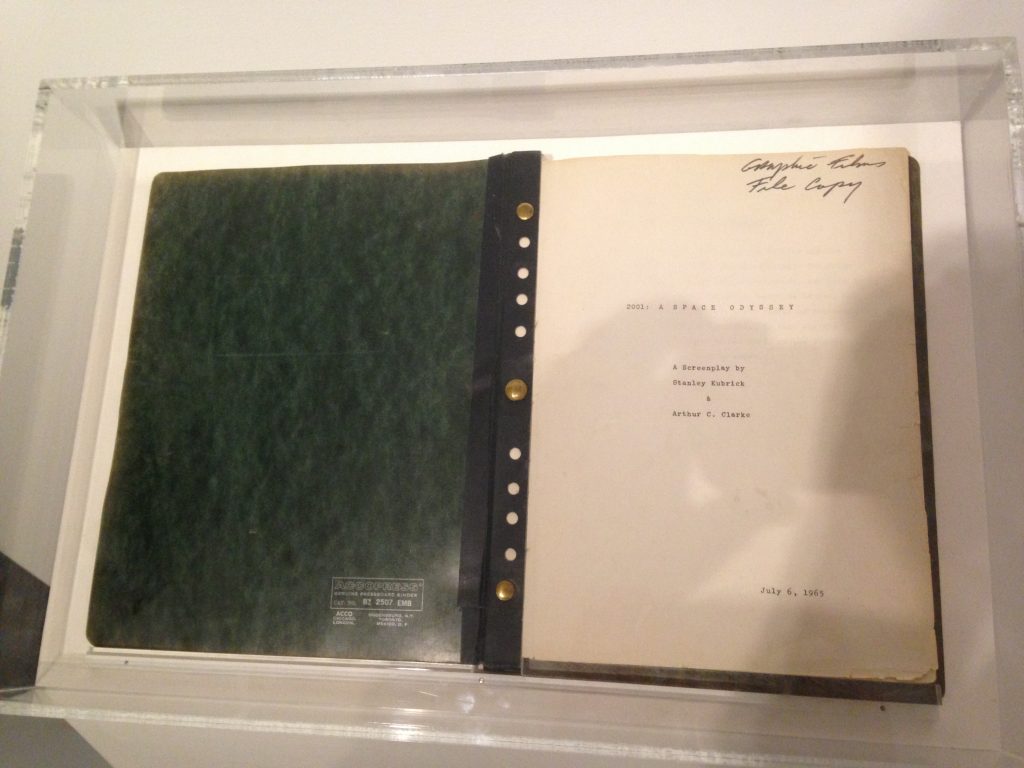 Here is the description of the exhibit:

In July and August 1965, a California-based production company called Graphic Films, founded by former Disney animator and University of Southern California professor Lester Novros, conducted research and created concept sketches for Stanley Kubrick’s 2001: A Space Odyssey. Among the staff were Con Pederson, who directed a film called To the Moon and Beyond for Graphic Films that Kubrick saw at the World’s Fair at Flushing Meadows-Corona Park earlier that year, and Douglas Trumbull, who had recently joined the company as a background artist. Pederson and Trumbull eventually left Graphic Films to work directly with Kubrick at the MGM studios in England, and were instrumental to the realization of what is arguably the most important science fiction film ever made.

This exhibition features rarely seen artwork created by Graphic Films for 2001: A Space Odyssey, and correspondence between the company and Stanley Kubrick. It includes more than twenty detailed sketches for a lunar base and space vehicles; correspondence with script and design suggestions and technical advice; as well as an early draft of the script for the film. – Museum of the Moving Image

This is pretty close to what the Clavius Moon Base ended up looking like in the film: 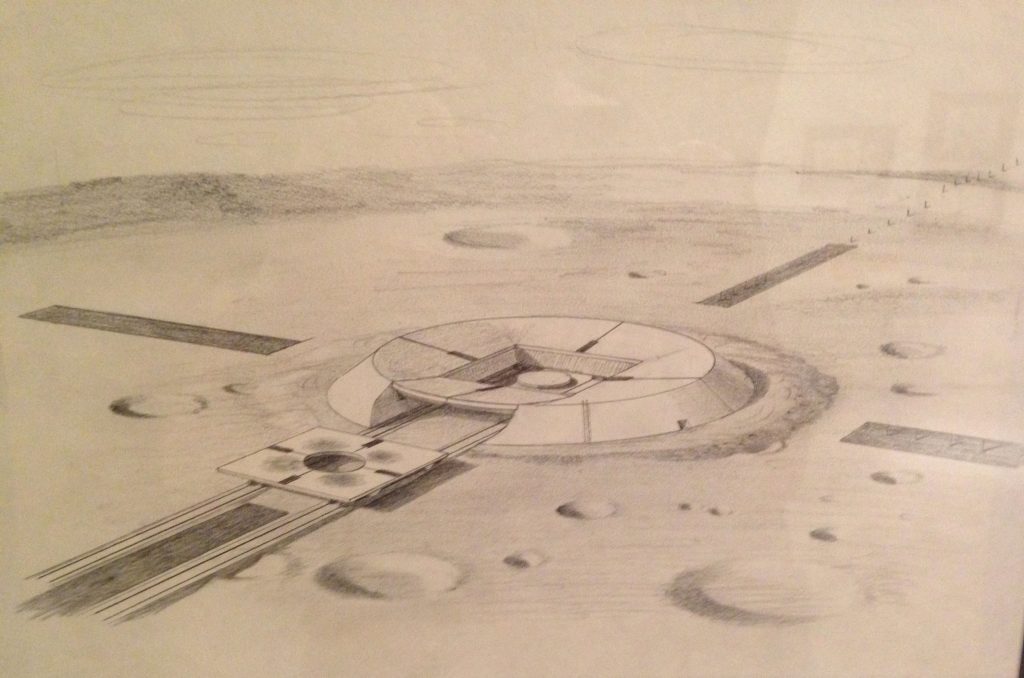 Early designs for Discovery One: 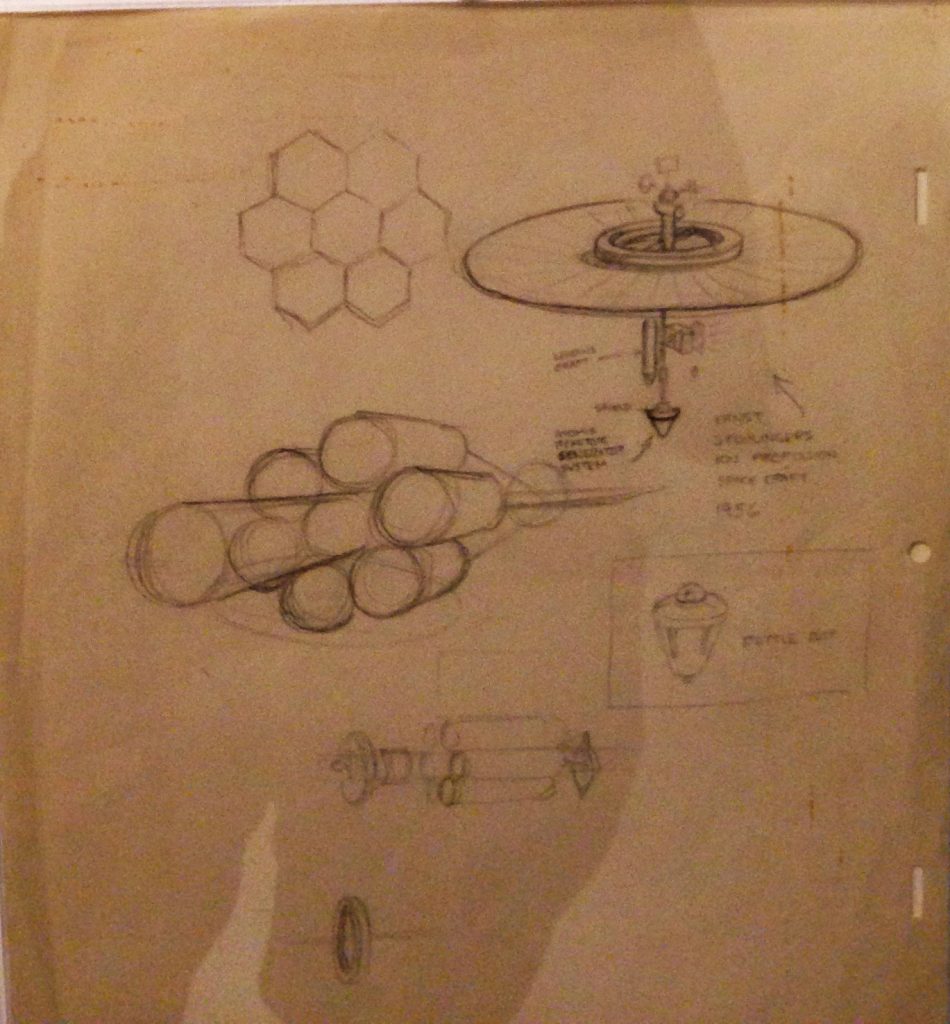 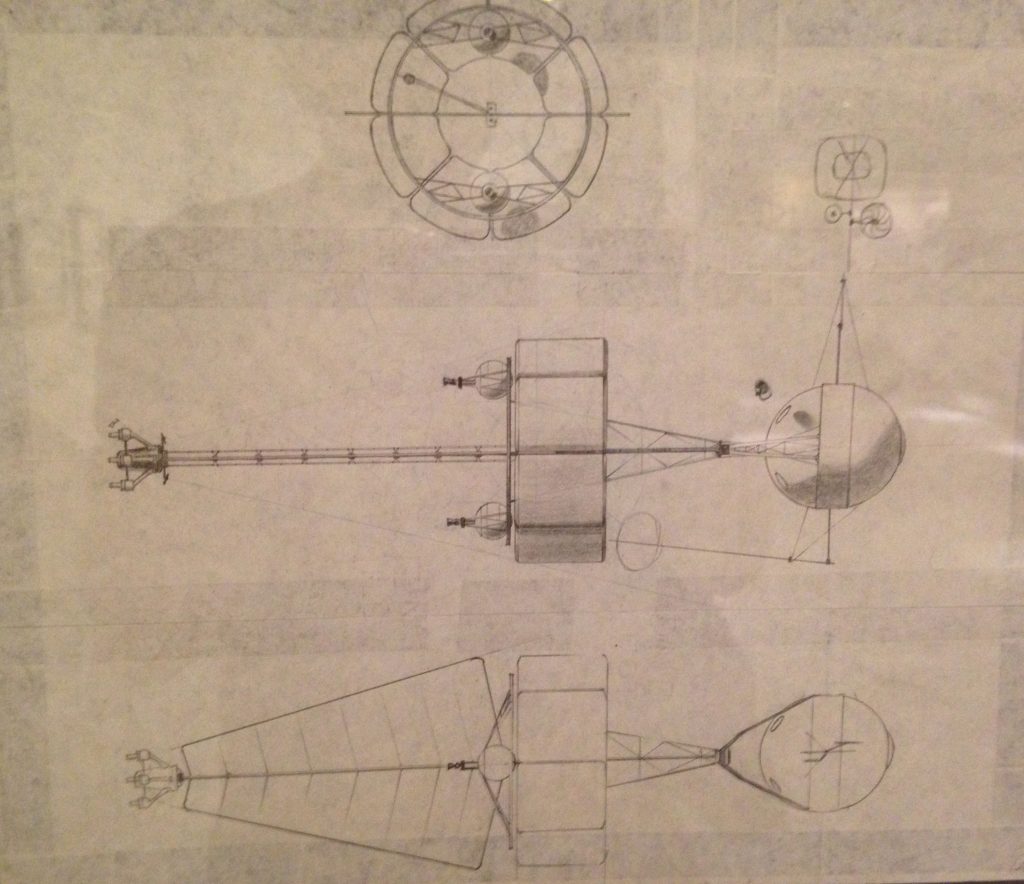 Concepts for living in space: 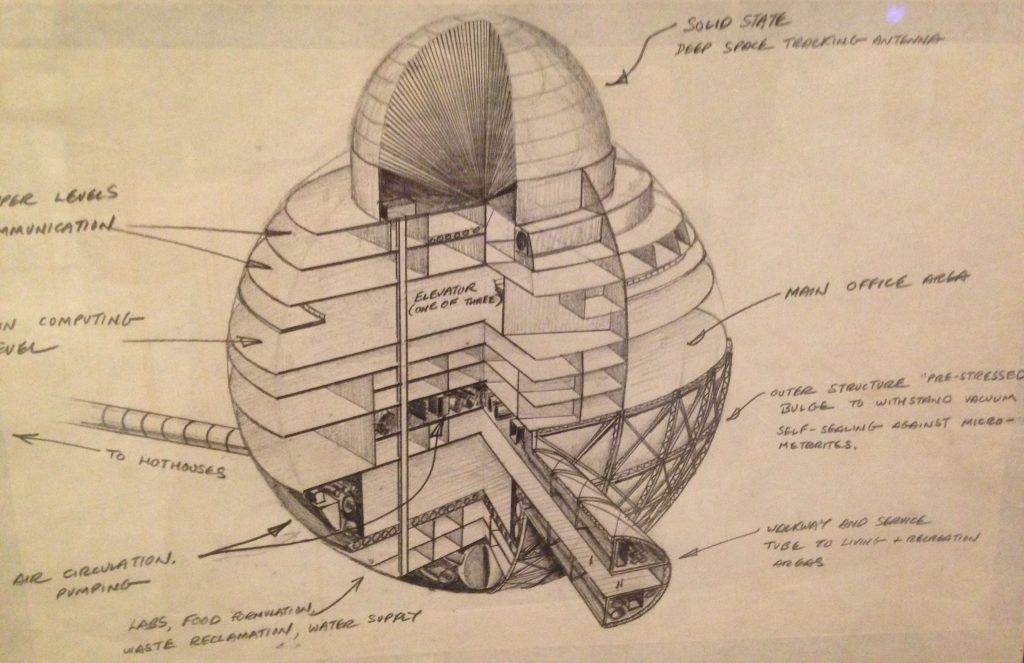 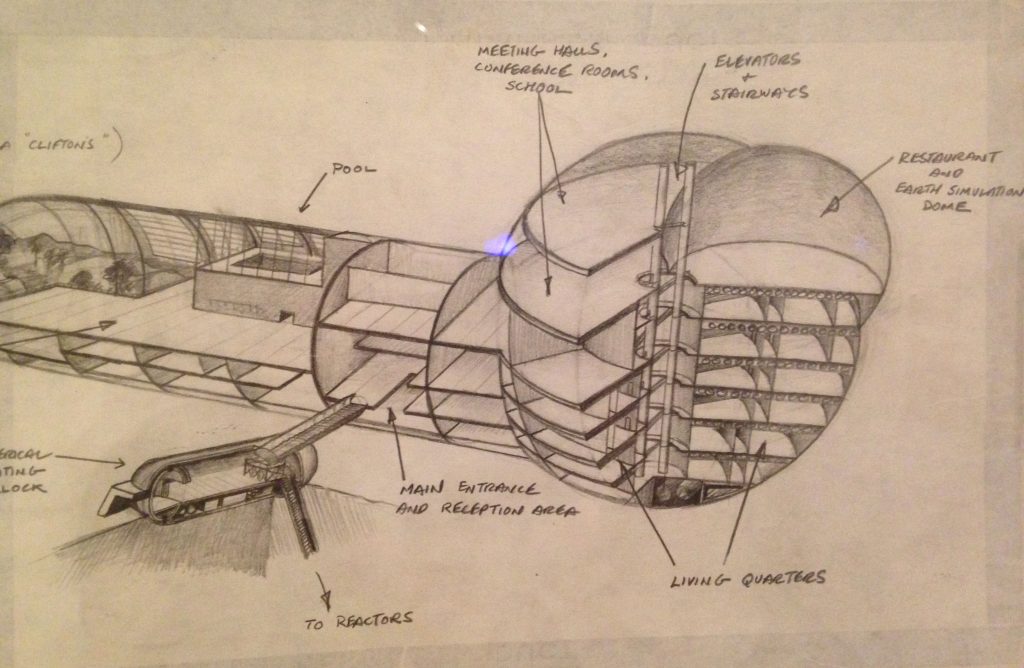 “Things to discuss with S.K.” 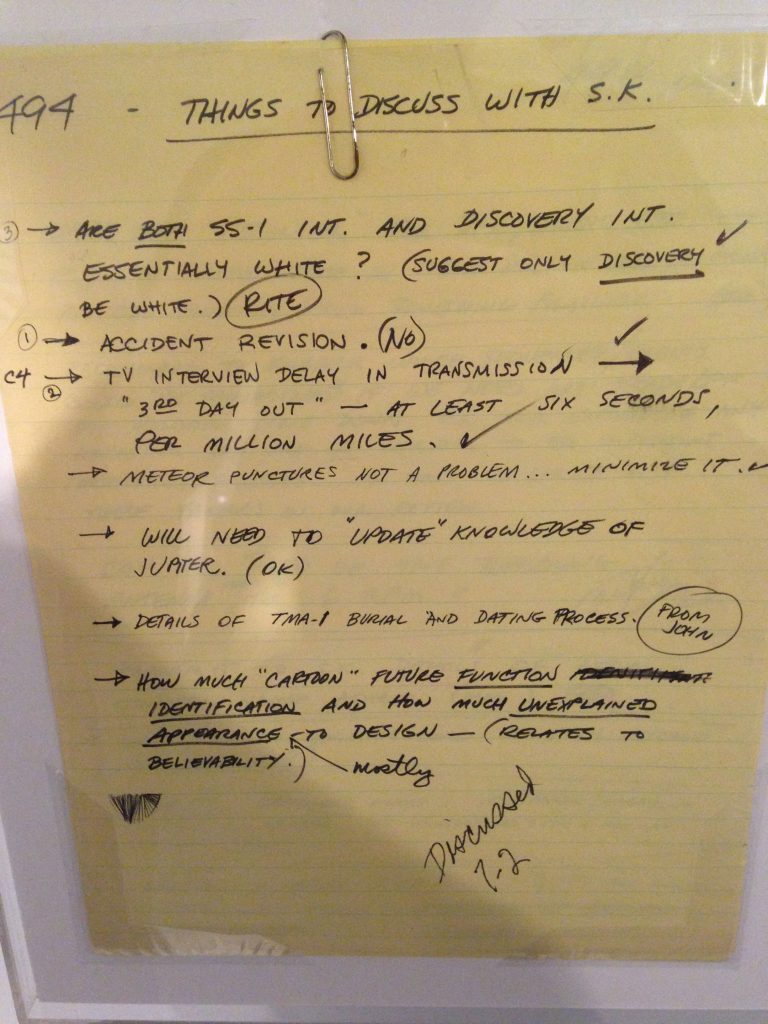 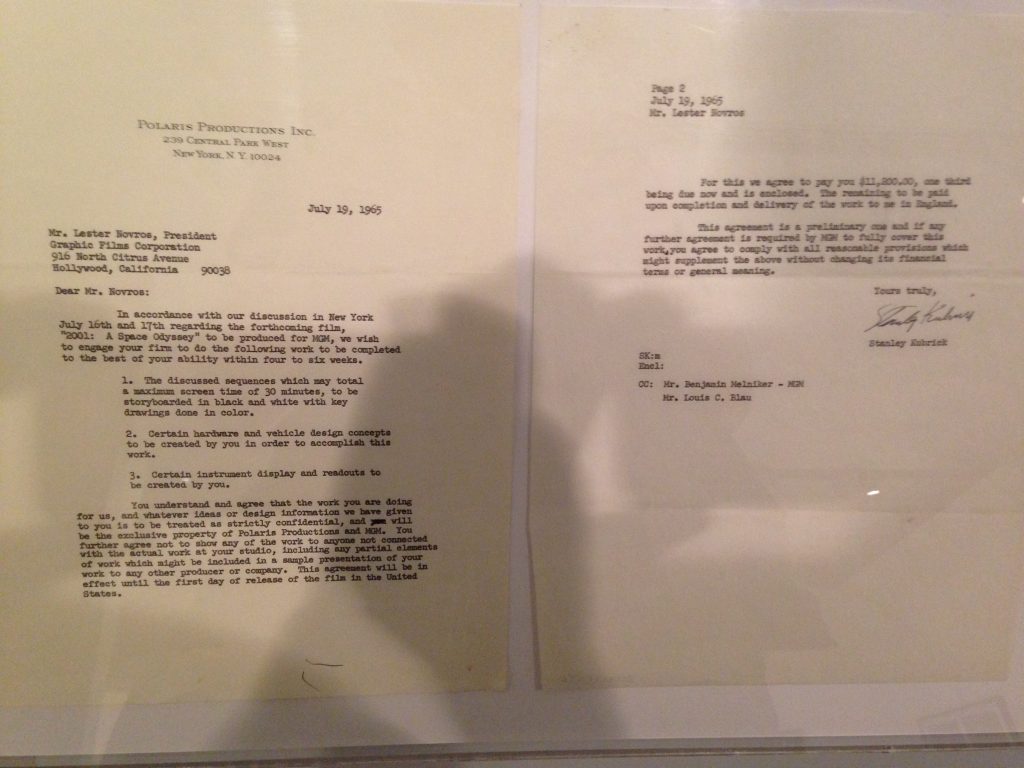